Happy Tuesday, Around the Valley readers! We come to you today with a little community service announcement. The season is only 51 days away. That’s less than two months, folks. Get pumped! As I’m sure you know, one of the most important aspects of the Waynesboro Generals baseball team is baseball players – and they need some place to hang their baseball caps at the end of the day.

Being a host family is a remarkable experience. It may not seem that fun on the surface – having some smelly, sweaty college guy taking up that guest bedroom for two months but, and I speak from experience, it is fun. You fall in love with that smelly, sweaty college kid (see picture, upper right) and every once in a while you don’t even mind popping a hot pocket into the microwave for him or, if you’re feeling particularly giving, tossing his whites in with that next load.

Last summer, we had Clay Kelly from Dallas Baptist University stay at our house. I was nervous at first. I had no idea what to expect. Who was this random center fielder? All he had been to me at the beginning of the summer was a little cartoon baseball player on the NCAA Game Day screen. And suddenly here he was standing in my living room. It took an unexpectedly short time for it to turn into our living room.

Now, I had seen host families shaking with anticipation at games before. And it just didn’t make a lot of sense to me. It’s just baseball. He’s just crashing in your basement. But the first time Clay Kelly stepped up to the plate, I couldn’t even stay sitting down. I was so excited for him. I wanted so badly for him to make it on base. Get a hit.

I got so excited every time Clay got on base. “He stays at my house! He stays at my house!” I would yell to whoever was listening (and a few people that weren’t.) Even when he didn’t get to play the whole game, the innings he was in, I was having a heart attack. Every pitch was bittersweet agony. I would hold my breath and think “You can do this, Clay. Keep an eye on the ball. Wait for your pitch.” (An excerpt from my Summer in Review, 2008)

But my excitement didn’t end when he stepped off that diamond. It took us a while to get used to each other but before long we were acting like brother and sister. He was ruffling my hair, giving me a hard time about my inability to remember that in baseball they’re not points, they’re runs. We were going out to lunch, seeing movies, and taking trips to Washington DC (on Independence Day – yeah we didn’t think that one through at all). I was taking day trips with him and his dad to see Washington & Lee and VMI. We had inside jokes and sometimes I did cook him dinner. (Anyone who knows me know that’s sort of a big deal.)

I don’t know about anyone else but watching sports when I have little to no stake in who wins isn’t all that much fun. Yeah I’m going to go to the game and hope the Waynesboro Generals dust their cleats with the other team. But when your legs are shaking during the 8th inning because you know there are two outs, it’s tied and your guy is on deck – the game becomes so intense you almost (stress the almost) can’t even watch. Your heart is beating so fast in your chest…

Or maybe it’s the last inning of what could be your player’s last game. You’re wringing your hands like a mop, there’s a little sweat on your brow, a not-so-little weight on your chest because those trips and inside jokes might end, soon. This might be the last time he steps up to the plate in that jersey.

Sadly, Clay Kelly had to head home early. Everyone else knew before I did that Clay was leaving. I’m 99.9% sure that (and now Clay don’t ruin this for me by telling me it isn’t the truth) he just didn’t have the heart to tell me right away that he was heading home because we had bonded so much. It hurt a lot to see him go so much earlier than I was prepared to say goodbye.

And it’s easy to forget that you can stay in contact with these guys! Sure, they may be in Dallas or Austin but even Texas has internet (kidding, I promise). They get mail there. They have phones. And maybe that player will come back the next year.

You might even get the urge to drive to the ends of the earth to watch him play in his “other” jersey – once you see them in a Waynesboro Generals jersey for so long, that Florida State jersey or that West Virginia University jersey will just look wrong. The game won’t be the same as watching some crazy intense VBL action but if you close your eyes and use your imagination, maybe your mind will take you back to Kate Collins Field. (Psst… in 51 days, you won’t have to imagine anymore!) 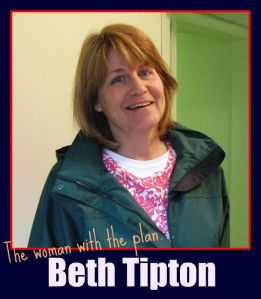 As if you couldn’t tell it was me.
-Rebecca Carter

Published by Around the Valley in 60 Days

This is a section about me. I'll edit this later. View all posts by Around the Valley in 60 Days

See a picture you like? We don't charge for the use of our photos. Just click on the photo to enlarge it. Then right click anywhere on the photo and select "Save Image As..."